A trading floor is the classic “open office” environment. My professional focus means that I work on the noisy ones where spoken conversation still plays a key role in the transaction process. It’s an established model, but is it optimal?

We are all familiar with the open office concept. Whether we picture a call center, a trading floor or a tech start-up, the open concept feels to be on trend, however, much of the latest scientific research and social commentary could be filed under the heading “backlash.”

The open office is not a new idea; Frank Lloyd Wright’s iconic (but long gone) Larkin Administration Building in Buffalo, NY, considered by some to be the first true open plan office, was completed in 1906. Go back another 50 years and the UK government was already pre-empting open-office resentment in a report that was largely supportive of the concept for more repetitive clerical functions:

“…for the intellectual work, separate rooms are necessary so that a person who works with his head may not be interrupted”.

Is open plan a bad idea? Well, for any workspace to be optimized we have to determine what “optimal” would look like. To achieve this for new spaces, there needs to be a thorough discovery program to establish budgetary constraints, required outcomes, occupancy levels, work practices and desired collaboration styles. Only then can you start to plan an optimally integrated solution. In these situations, my focus is on how technology will contribute to achieving the stated goals and how much work will be required to facilitate that. My tech team manage this efficiently by collaborating with our interior architects and designers who focus on the use of space, furniture and materials. Let’s look at the arguments for and against the open office.

The Arguments for Open Offices

The best argument for the open office is that, provided you don’t have internal walls before you start, it is cheaper to construct. The flexibility allows for growth, can maximize your space per worker, and conversely, can also maximize your number of workers in any given space. Open plan offices are very photogenic when trying to present your company to new recruits or investors. After that, the assumed wisdom tends to be about facilitating collaboration and creativity, increasing productivity, promoting learning and nurturing a positive culture.

The Arguments Against Open Offices

Much of the evidence against open office spaces demonstrates that they are worse than partitioned spaces for the exact things they are supposed to help with. For a start, large groups are not places where we brainstorm effectively. The rhythm of effective collaboration involves regular reflective pauses for individuals or very small groups who then reconvene in larger forums to share ideas and move the discussion forward. Although there is some evidence for small groups deriving benefit from sharing limited spaces, these are not generally scalable.

Research repeatedly finds that, even if women are slightly better than men, both are bad at multi-tasking; putting people in an environment that adds impromptu discussions and general noise to the emails, instant messaging and the job in hand, is exacerbating what was already a less than perfect situation. “Stimulus driven attention”, i.e. distraction, affects different people in different ways and this can vary with mood or the work they’re trying to focus on.

Research finds that the time required to refocus after a distraction is more than 20 minutes, so, if the frequency of significant distractions is anywhere near that threshold you’ll never achieve full concentration or “controlled attention”.

A psychological consequence of the open office is the “Big Brother” effect whereby people become anxious about lack of privacy, identity and status, and fear being considered slackers for leaving the desk or for pausing which, as mentioned above, is vital to sustain controlled attention.

Sustained noise from sources beyond our control is also psychologically damaging and is another feature of the open office. A recent experiment at Cornell found that although the noise of an open plan office didn’t directly impact the ability of 40 test subjects to do their work, it demonstrably increased their stress levels and lowered motivation. On this basis the open office would be likely to reduce productivity over time. Drowning out background noise using headphones somewhat undermines the premise of improved collaboration in open office space.

Considering all the evidence, there is little advantage in an open concept office for anyone whose work practices are predominantly cerebral and solitary. Computer programmers have been particularly vociferous in their objection, even those with high-status employers like Facebook and Apple, with workspaces designed by Frank Gehry and Sir Norman Foster respectively, have flooded online forums with their negative feedback.

So where does that leave the trading floor? What is the optimal model based on work practices? Capital markets is very heavily regulated and individual performance is closely monitored, so the Big Brother aspect comes with the territory. The work may be cerebral by most people’s standards but it’s not solitary. As we saw, the effects of uncontrolled noise are dependent on the individual. For a highly motivated, extrovert trader who signed up for a frenetic working environment, it’s probably less of an issue, especially if the hubbub is on topic.

The functionality on traders’ telephone turrets and soft turrets allows for one to one conversations, one to many, intercom and conference call style communications all of which can be automatically recorded. So, technology would allow for business to function compliantly with partitions erected between these people but in the use case of trading groups, there are also benefits to physical proximity. Not only does it allow for urgent, face to face discussions that can be beneficial during a day of trading, it can also allow for a more compliant culture to be embedded if managed properly.

Even with a trading floor it is necessary to provide an ecosystem of spaces in which to collaborate and take down-time. We do that with break-out rooms, boards rooms, kitchens and whatever else is required. For all the talk of free seating and trading from home, most banks prefer their trading staff to be present and most trading staff are happy with that. The open plan office layout provides flexibility and caters for the relatively high churn in this sector. From my perspective, it also facilitates technology upgrades and user acceptance testing. Taking these factors into account, the open office may be as well suited to the trading floor as it is to any niche sector, so the model is unlikely to change in the near future. 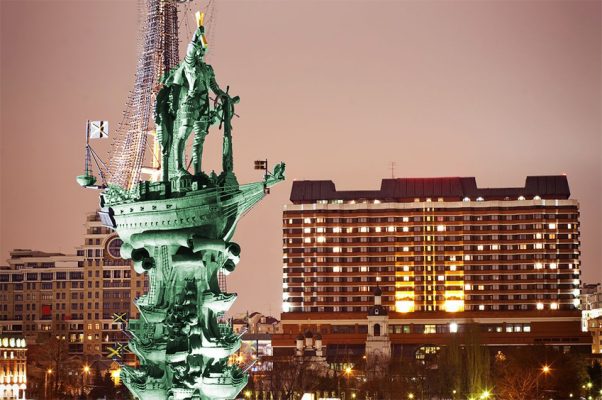 Trading floor technology and workspace design for a European Bank

When an Eastern European bank needed to specify and design the technology and workspace for [...] 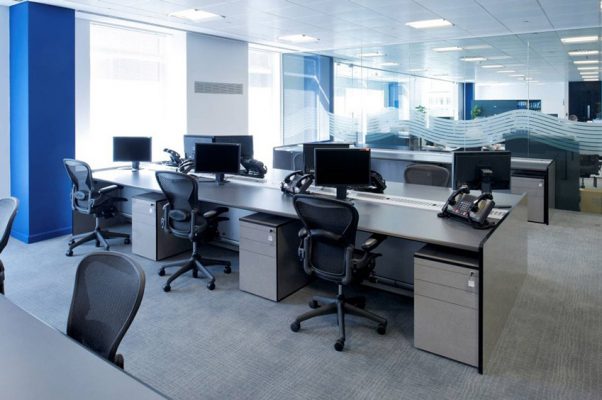 New Office for an Energy Trader

When you set up an energy trading business you need a corporate level of infrastructure; [...]

We create effective, modern workspaces by integrating technology and interior design at the earliest phase [...]

Greg is the co-founder and CEO of JP Reis and still acts as our Principal Global Consultant. He is recognized as an industry expert on Trader Voice, associated trading floor communications technology and compliance systems.