When the Fearless Girl statue arrived to confront the Charging Bull on Bowling Green in Lower Manhattan, its calm but assertive demeanor struck a chord with many people. She doesn’t hate the bull, she just wants to exercise some control. The statue’s plaque says:

“Know the power of women in leadership. SHE makes a difference.”

What’s not to like? Well for context, the statue was a brazen corporate PR stunt, created to promote a fund that focused on firms with good female board representation, “SHE” being the ticker symbol. Although I am not going to rail against financial institutions or the PR industry, it is hard to overlook that this firm was reported in Fortune to have settled for $5 million for having underpaid its three female board members; or that Bloomberg also reported on how it had voted down shareholder proposals related to gender pay disparities. 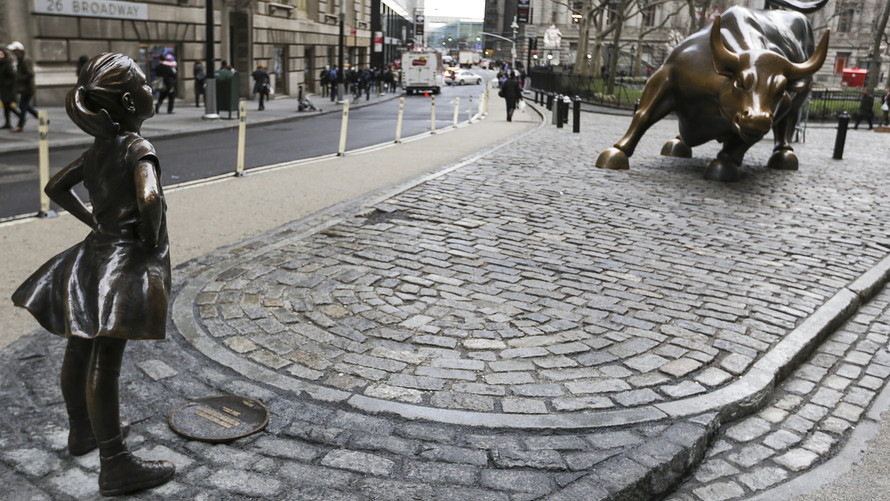 As an art history graduate, I understand people’s diverse responses to the piece although some were depressingly aggressive. For me, this girl is harmless, but sadly she has no relevance without the enormous male character in front of her. It’s also a massive disappointment to have an entire gender, and its search for workplace equality, represented by a child. The statue, the fund, and even the women on the board, appear to be nothing more than token gestures in an industry that knows it should shape up but tends to do it at the most superficial level without solving the underlying issues.

I now work in technology where I facilitate mutually beneficial client-consultant relationships in the financial services vertical. I run the sales and commercial management processes, remaining actively engaged to ensure my client’s expectations are not only met but exceeded. And while I may not work in capital markets in a direct sense, the bull and girl stand-off is no less relevant to me or any woman working today.

So, what is women’s role in technology? The simple answer should be that it’s any damn role they want, but that generally isn’t the case. The National Center for Women & Information Technology (NCWIT) claims that although 57% of US roles are filled by women, they only hold 26% of computing roles, 21% of technology roles, 18% of engineering and technology roles, and only 14% at executive level.

Why is this a problem? There is a skills shortage for STEM work, despite 74% of high school girls showing an interest in the field, so the poor conversion of that enthusiasm into careers has a direct, negative impact on the economy. What’s more, Fortune 500 companies with greater gender diversity at board level are shown to be on average 15% more profitable than the others. And while there is no evidence to show that women are the sole reason for improved performance, it certainly demonstrates that women have no negative impact. It is also logical to provide positive role models to energize the careers of less senior colleagues and inspire a generation of young women to close the skills gap. 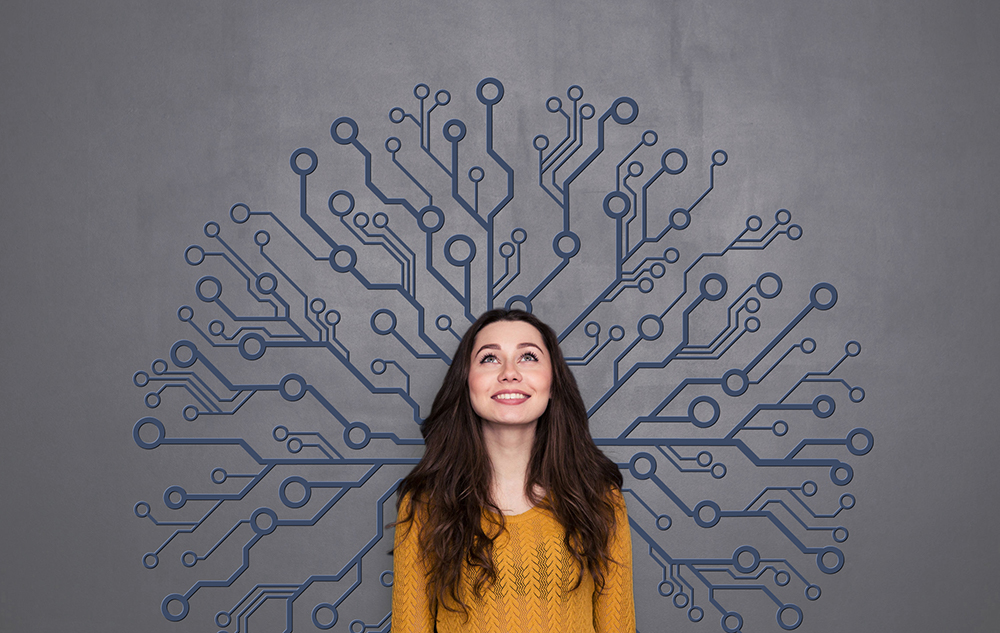 Should We Focus on the C Suite?

In some senses yes. There are many female, board level technologists out there. The tech giants have taken a leadership role in gender diversity and here are three examples who have risen through technology to become powerful global figures.

Sheryl Sandberg: COO of Facebook, worked previously as a Global VP for online sales at Google. She is now a well-known billionaire and a strong advocate for women in technology. 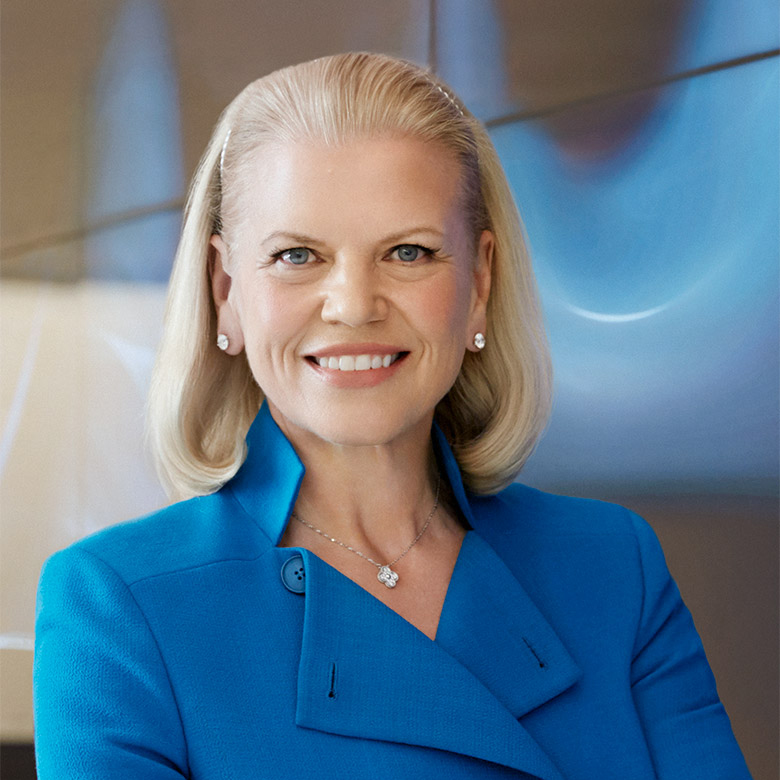 Ginni Rometty: CEO of IBM and also serves in the capacity of President and Chairman. She was appointed CEO in 2011 having held a variety of senior positions at the company. 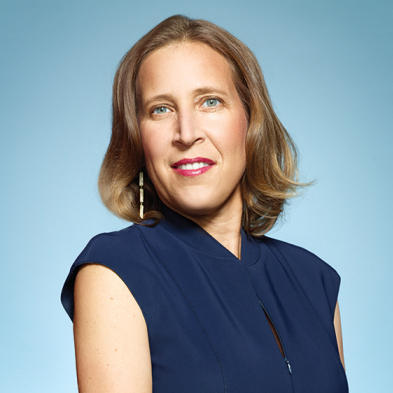 Susan Wojcicki: CEO of YouTube having managed its acquisition by Google in 2006. At Google, she led products including AdWords, AdSense, DoubleClick, and Google Analytics.

Looking at celebrated success stories is inspiring, but it can tend to distract from the core issue. It is an oft-stated fact that women tend to leave their technology careers while still in intermediate roles and the bleak statistics of women’s participation in technology is more depressing once we know that it tails off before people’s full potential is realized. Furthermore, it is demonstrably positive to have senior female executives, but it also makes it far too easy to say, “We solved that problem, just look at our board.” Female representation needs to exist at a greater level on every rung of the corporate ladder so that career-focused women can look to more senior colleagues who are accessible and provide tangible evidence that the effort is worth it.

How to Change the Status Quo

It is clearly worthwhile to increase women’s participation in technology and other fields, but how does one go about it? Some of the claimed benefits for promoting women in technology, especially at the board level, are exaggerated. This is unfortunate because it can serve to undermine the process. It’s understandable that campaigners would seek to amplify some of the benefits of increasing the female ratio though. Episodes like James Damore’s Google Memo, in which he made unfounded statements regarding biological gender differences, or the GamerGate controversy, during which people were horribly abused due to their imagined roles in a “feminist gaming agenda,” highlight the gender biases that lurk just beneath the surface of technology culture.

Culture change is notoriously difficult to achieve but several transformational initiatives are out there. Women in Tech and Women in STEM give women the chance to network, advance careers, hack ideas and bring services to market. The Anita Borg Institute champions gender diversity and career progression in technology. Kode with Klossy is an exemplar grass-roots program that invited high school girls to learn to code alongside model and entrepreneur Karlie Kloss. 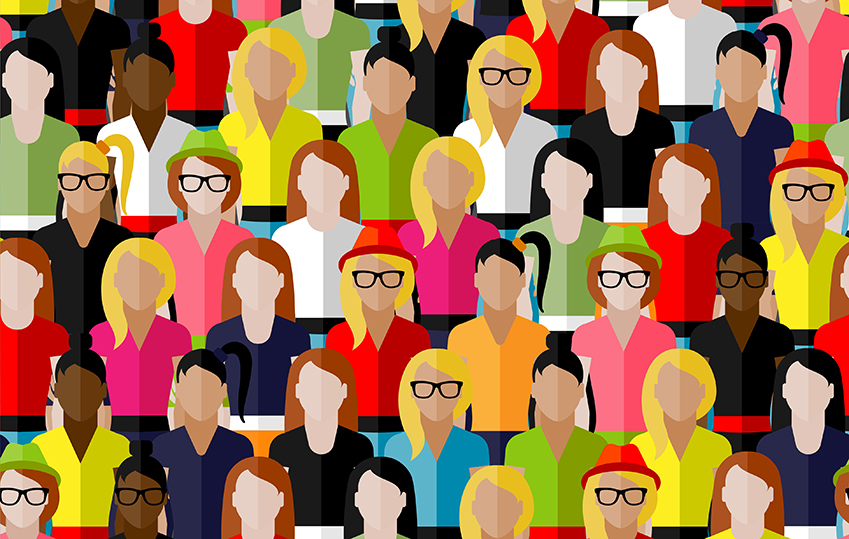 Run-Sheet for Achieving Diversity in Technology

A wide recognition that women in tech is considered more of a necessity than an aspiration has seen the emergence of an increasingly accepted run-sheet for how to achieve it. Some of the ideas here are part of wider HR best practices and not limited to this issue:

Some would propose reverse discrimination. I don’t want to go that far; it’s more important to have the best person in any given role and there are some fantastic men in my industry. By driving towards gender neutrality, a company gives itself access to a wider and expanding talent pool. For an example of a success story in adopting these ideas you may find inspiration from Thomson Reuters, although they still have a way to go.

As for the Fearless Girl? Well, apparently, she’s here to stay, although she’ll be relocated slightly with the Charging Bull in tow. I think this is a largely positive gesture for Wall Street, the tech industry and industry in general, especially now the plaque has been removed, but it remains meaningless unless it becomes a symbol of genuine change. Hopefully, in the future, we will see more women and endure less bull.